Growing up most of us was taught about the importance of brushing our teeth.

But a majority of us weren’t taught about the importance of flossing.

In a survey done by Delta Dental, 7 out of 10 Americans brush at least twice a day. But only 4 out of 10 floss at least once a day (20% of the people surveyed said they never flossed). 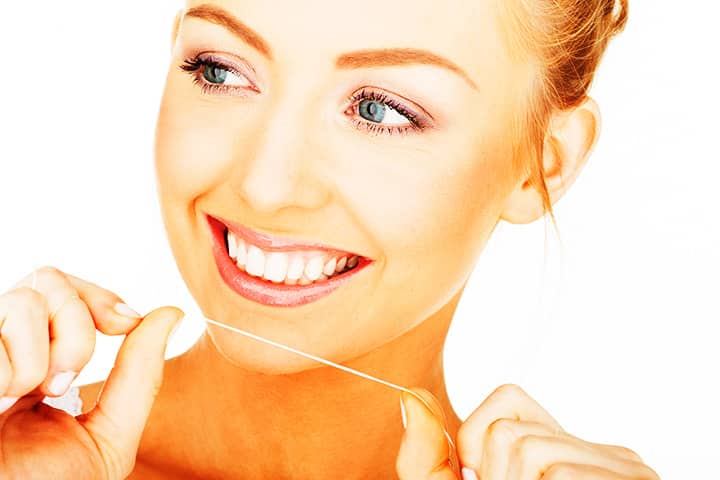 Did you know that brushing is just the first line of defense against gum disease and tooth decay?

Flossing is as important because the bristles on a toothbrush won’t be able to reach areas in between teeth and gums to take out every last bit of food crumb wedged in there.

An article from WebMD states that floss does around 40% of the work needed to remove sticky plague and bacteria from teeth.

In fact the teeth have five sides – front, sides, back and the underside.

Here’s an interesting fact – flossing will leave at least two sides of your teeth unclean.

Since plaque generates acid it can lead to cavities and eventually gum disease. When you have gum disease you can lose your teeth – you don’t want that.

What are the benefits of flossing?

The biggest benefit of flossing is cleaner teeth and gums because it will allow you to reach areas the toothbrush cannot.

This means cleaner teeth and stronger gums. Since you’ve removed most if not all food residue, there is very little chance of cavities to form which can lead to tooth decay and even tooth loss.

In a study done by the New York University College of Dentistry on 51 sets of twins between 12 and 21 years of age.

Randomly, each twin was given a regimen that lasted two weeks. One would brush with a toothbrush while the other brushed and then flossed afterwards.

Samples were taken after the two week period to see regiment which performed better.

Based on the results they found out that the individual who only brushed had significantly more bacteria that caused periodontal disease compared to individuals who brushed and flossed.

What happens if you don’t floss?

There has been a serious debate recently about the importance of flossing, scientists say that you don’t need to but dentists think otherwise.

The problem with flossing is that it is tedious, takes practice to perfect the correct technique and the effects don’t show up immediately but to give you some inspiration.

Let me share with you some reasons why flossing is very important. This could save you from headaches (literally) and money in the long run.

Disclaimer: Consider these tips guidelines because flossing may not suit you. Each person will have unique set of teeth that may or may not respond to flossing. There are other alternatives if flossing does not suite your needs. Remember to always consult with your dentist.

When we eat carbohydrates, microorganisms in our teeth convert it into acid that sticks to our teeth and gums.

Overtime if you don’t properly floss that acid eats through the enamel of the teeth. This process decalcifies the teeth and cavities form. 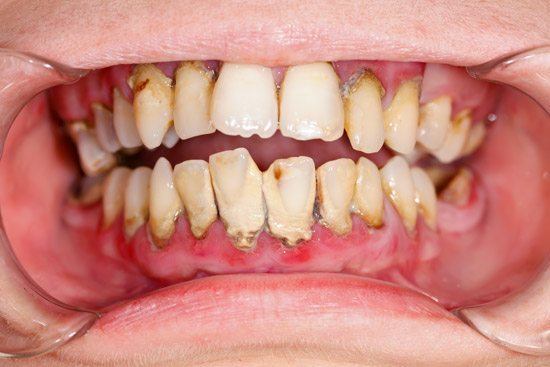 Failure to thoroughly clean your teeth will also lead to gingivitis or the inflammation of the gums. The same plaque that destroys teeth will also affect the gums and it isn’t pretty.

3. Can Lead To Systemic Diseases

Studies have linked periodontal disease (or gum disease) to systemic diseases or the diseases that affects the whole body like cancer, heart disease and diabetes [1, 2, 3].

Toothbrush is a great tool for cleaning teeth but it can’t reach two important areas – areas between teeth and the gum line.

These spots are where tiny bits of particles get trapped. And when if you don’t clean this part through flossing, plaque forms that hardens over time and turn into tartar.

Tartar can also spread onto the gums and cause periodontitis or gum disease which will eventually lead to tooth loss [4].

Brushing alone will not keep your teeth from becoming yellow as residue from food forms plaque and this is the main culprit of yellow teeth. If plaque isn’t cleaned by flossing it hardens and becomes tartar [5].

When you don’t remove food residue left on your teeth (if you don’t brush) or in between gums, it will rot and there will be bacteria build up inside your mouth.

All this plays a huge role in developing a condition called halitosis (or bad breath) which affects around 65% of the U.S. population [6, 7].

Men listen up, if you want to get it up when it counts, make sure to floss at least once a day. In one research done on mice revealed that periodontitis (or gum disease) caused erectile dysfunction, at least on mice subjects [8].

The question is does this translate to human males?

Well, in another study a group of men between 30 and 40 who had ED, 53% of them had severe periodontitis. This study suggested that periodontal treatment can help improve their condition but further studies have to be done to confirm this [9].

The link between the two may not be clear but there is one so make sure to floss every day, just saying.

The main cause of ulcer flare ups is the bacterium Helicobacter pylori. This same bacterium forms when gums develop periodontitis and studies have confirmed that people with gum disease are at higher risk of having ulcer attacks. What’s worst is that this can also lead to stomach cancer [10, 11].

How often should I floss?

The American Dental Association recommends that you floss at least once a day to remove food residue and plaque from the areas in your teeth that cannot be reached by your toothbrush.

On whether you should floss before or after brush, it does not really matter.

How to floss properly

To maximize the benefits of flossing, you’ll have to learn proper technique to scrap off food residue in between the teeth and gum line.

These two areas are places where toothbrush cannot reach.

Most people only floss the sides and not the gum line. This is an area you should not neglect. It’s another catch basin for food residue.

1. Pull out 18 to 24 inches of dental floss and wrap the ends on your left and right index fingers (not too tightly so you don’t hurt your fingers).

Then use both thumbs or middle finger to control the floss for the upper and lower teeth respectively.

This technique should leave around a one inch gap between the two ends.

Here’s the technique in action…

Another technique would be wrapping the floss on the middle finger to free up the index and thumb to hold the floss. This technique will give you better control.

3. Next would be wrapping the floss around the side of the teeth to form a “C” shape. Carefully slide it under the gum line towards the middle of the tooth.

Be careful not to go side to side when cleaning the gum line.

If you hear a squeaking sound that means plaque is coming off.

Repeat this process until you cleaned every tooth. Make sure to slide the floss around to expose a clean part as you go along.

If it is your first time flossing expect some bleeding to occur that should subside but if it does not please visit your dentist immediately because it could be a sign of a serious gum disease.

This site uses Akismet to reduce spam. Learn how your comment data is processed.