by Garrick Dee | Last Updated: July 28th, 2020
An honest disclosure: Just an F.Y.I., there are maybe be affiliate links in this post. And if you click any of those affiliate links, I’ll earn a commission (A.K.A. money). However, you won’t be charged any more money for this to happen, so it’s a win-win for both of us!

One of the most significant issues with the Braun MobileShave M90 I talked about in another article would be the shaving head that does not follow the contours of your face. 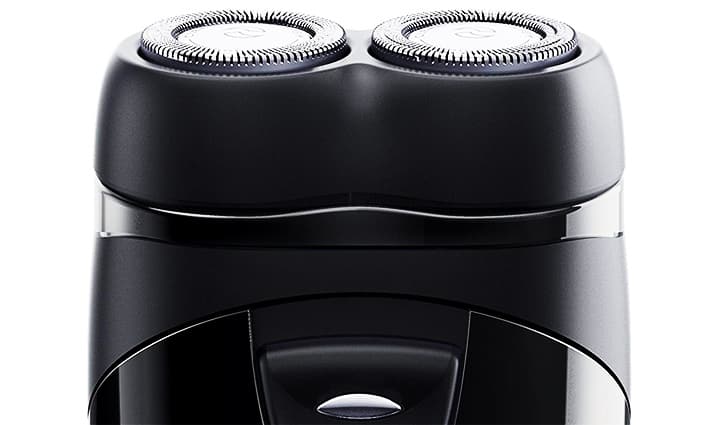 And while it does well on flat surfaces like the cheek, it struggles on areas such as the chin and cheekbone area.

This is where a rotary shaver comes in, and the Philips Norelco 510 could be your solution if you’re looking for a compact and cheap shaver that you can bring with you on the road.

Unlike the Braun with a single cutting element, the Norelco 510 has two independent blades that will do a better job on tight areas.

This one significant advantage a rotary shaver has over a foil shaver. And that is reflected in the reviews where a lot of men were happy with how this produce shaves.

What to expect from the Philips Norelco 510?

If Braun is the king of foil shavers, then the same can be said about the Philips Norelco. For men looking for something that’ll cut closer than the MobileShave M90, the Norelco 510 could be the answer you’re looking for.

This shaver has two rotary heads that, in theory, will do better in areas such as the chin and jawline. But if you’re coming from a foil shaver, take note that the technique you’ll be using will be different with a foil shaver.

Instead of using an up and down motion, rotary shavers require you to use a circular motion. There’s no doubt that there will be a learning curve if you’re doing a transition. But one significant advantage this has over the Braun would be the price.

This razor costs less than $15! It’s cheaper than a safety razor and a Gillette Fusion cartridge refill. The crazy thing is it still comes with a two-year warranty! If that is not value for money, I don’t know what is. 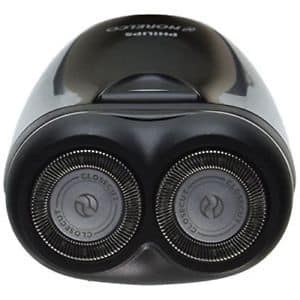 The term “CloseCut Heads” is just Philips’ fancy term for the two rotary shaving heads on this razor. They say that this is free-floating, which means each cutting element pivots. By how much I do not know.

These cutting elements are smaller, so it will do better at cutting whiskers off areas under the chin and jawline area.

Another exciting feature would be the blades that Philips says that their blades sharpen itself.

Regardless, you’ll still need to replace the blades once every year, which is longer than a cartridge razor.

Unlike a full-sized electric razor like a Norelco 9000 or a Braun Series 9, this compact shaver does not come with a built-in battery. So there’s no power cord comes in the package.

What it uses are two AA batteries, which Philips kindly includes in the package. And this shaver will run for up to 60 mins. But I reckon that if you use a high capacity rechargeable battery like Eneloop, it will run longer than 60 minutes.

What comes in the package?

You’ll get the following:

One thing I notice in the reviews is that the men who say that this product shaves close probably have thin facial hair.

Most negative reviews say that using this on thicker facial hair would bog down the blades.

Since this is such a compact shaver, only a small motor can fit inside the case. And a small motor equates to less cutting power.

This means you’ll have to go over the same spot more than once, so there’s a risk of irritation. And if you’re coming from a foil shaver, you’ll use a different technique.

One thing that this rotary shaver has over the Braun would be the more strong cutting elements that don’t flex like the Braun MobileShave M90.

With close to 1,500 reviews in Amazon alone, this razor is one of Philips’ most popular shavers. Men like that this razor is compact, not as loud, and still does shave decently.

One significant advantage that the rotary cutting heads have over the Braun MobileShave shavers would be rigidity. I’ve read several reviews that say the Philips Norelco 510 has a sturdier head that’ll hold up better over the long haul.

In terms of shaving, some men say that it did well, but others say it did not.

If you look at the bad reviews, it seems that men with thicker beard growth did not like the way it performed. The complaints were similar. This razor does not have enough power to cut anything outside thin facial hair.

You’ll have to go over the same area over and over and still not get a smooth shave.

If there’s a knock with travel shavers, this would be the biggest. Men with thin facial hair who don’t need to shave as often would benefit more from this product.

You can buy this portable electric razor from Amazon, and it will be eligible for Amazon’s two-day free shipping if you join Prime. A 2-year extended warranty is also available from Amazon if you want to add to the 2-years from the manufacturer.

Take note that if you purchase through the link above, I will earn a commission, but at no additional cost to you, so it’s a win-win for both of us!

Men with thin facial hair who are frequent flyers would benefit the most from this compact shaver.

Unfortunately, if you have thick facial hair that grows like grass, you’d be better off sticking to something like a Norelco 8900 or 9000 with more power and larger blades.

It’s so cheap that you can just replace it when it breaks after the two-year warranty. The blades are robust enough to last for at least a year, which is another bonus if you’re looking for an alternative to more expensive cartridge razors.